About the Inn, Its Owners and the History of the Mansion 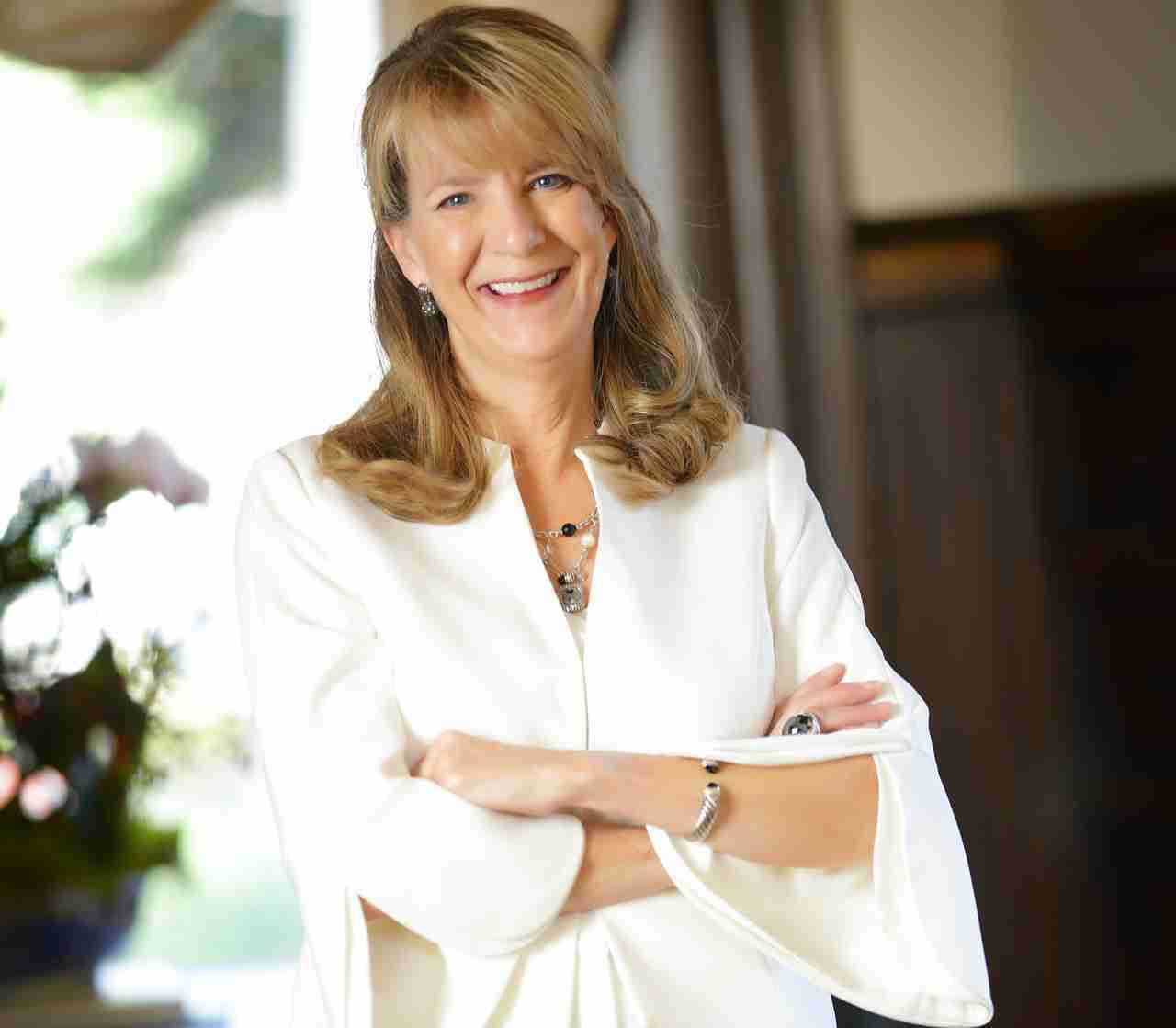 Ellen loves people and creating interesting and eclectic spaces! She is an entrepreneur who teamed up with her son to purchase the Louisville Bourbon Inn in March 2021.  Ellen hit the ground running and hasn’t stopped since. With an eye for detail and a heart for comfort, Ellen has transformed the Mansion by taking the best of the old and combining it with the best of the new. Most of the artwork in the Inn is original and from her private collection.  Each element, from the furnishings to the accessories, has been hand-selected with care.  Ellen instinctively hospitable and loves to host guests, and her goal is to create a warm, welcoming, memorable vacation for every traveler.  She and her team strive for excellence and to provide a 5-star experience for every guest at the Louisville Bourbon Inn.

Chef and King of the Kitchen

When he was 14 years old, Ken began his culinary journey by riding his bike in the rain to a local restaurant to wash dishes.  Cooking quickly became a method of creative catharsis for Ken, who was a round peg in a public school square hole.  After taking a five-year break to serve his country in the Army, Ken attended culinary school in St. Louis, Missouri before embarking on his run as a professional chef.  Working in kitchens from Walt Disney World to high-end hotels and restaurants in northern Europe, Ken spent years honing his craft as a chef. Next, he turned his attention to corporate America, but quickly realized he was much happier in a kitchen than a cubicle. So he signed on to handle the culinary, libationary, and general handyman role at the Louisville Bourbon Inn.  You can often find Ken making sauces and listening to Merle Haggard in the kitchen, when he’s not lifting heavy weights or drinking whiskey at a local dive bar. 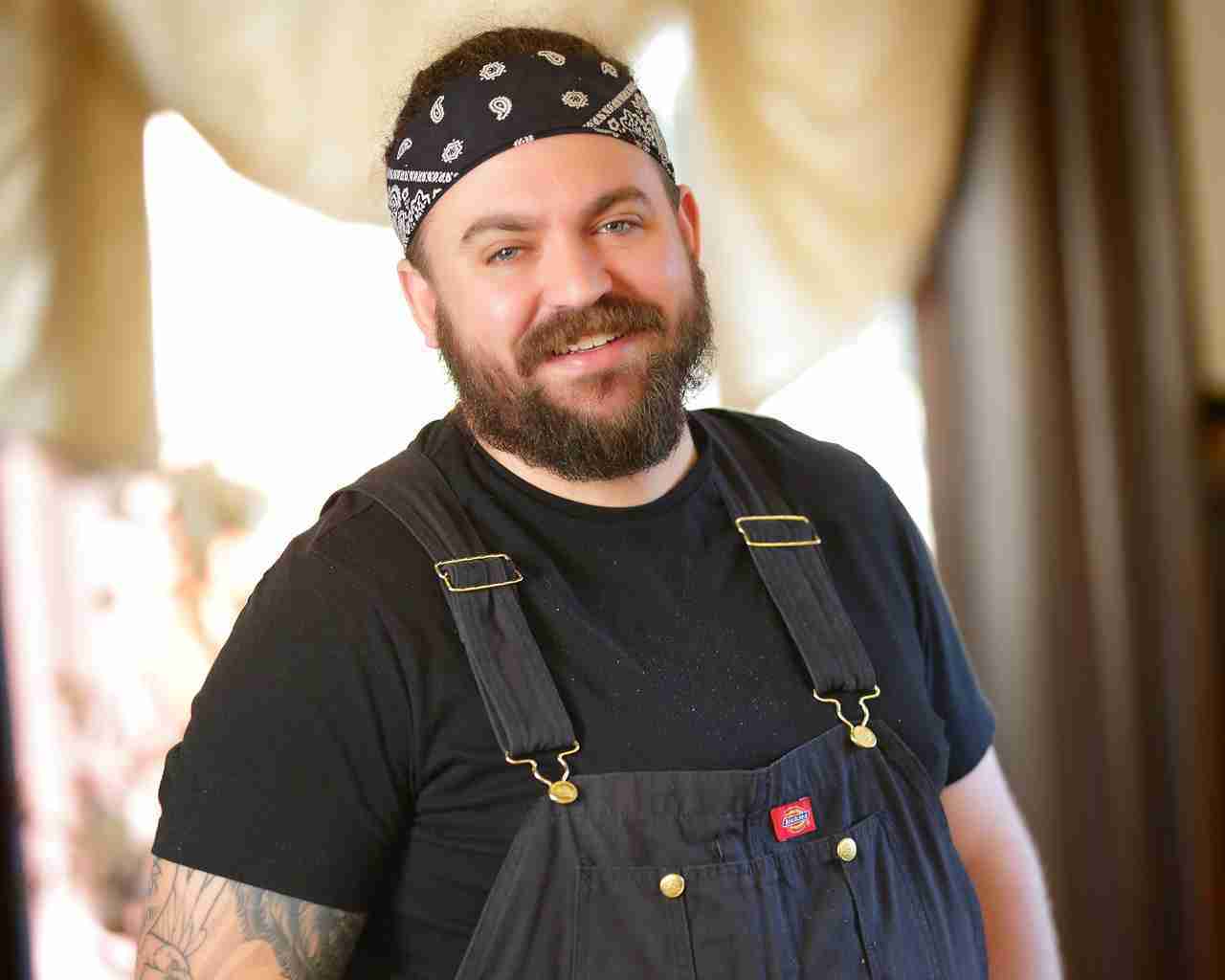 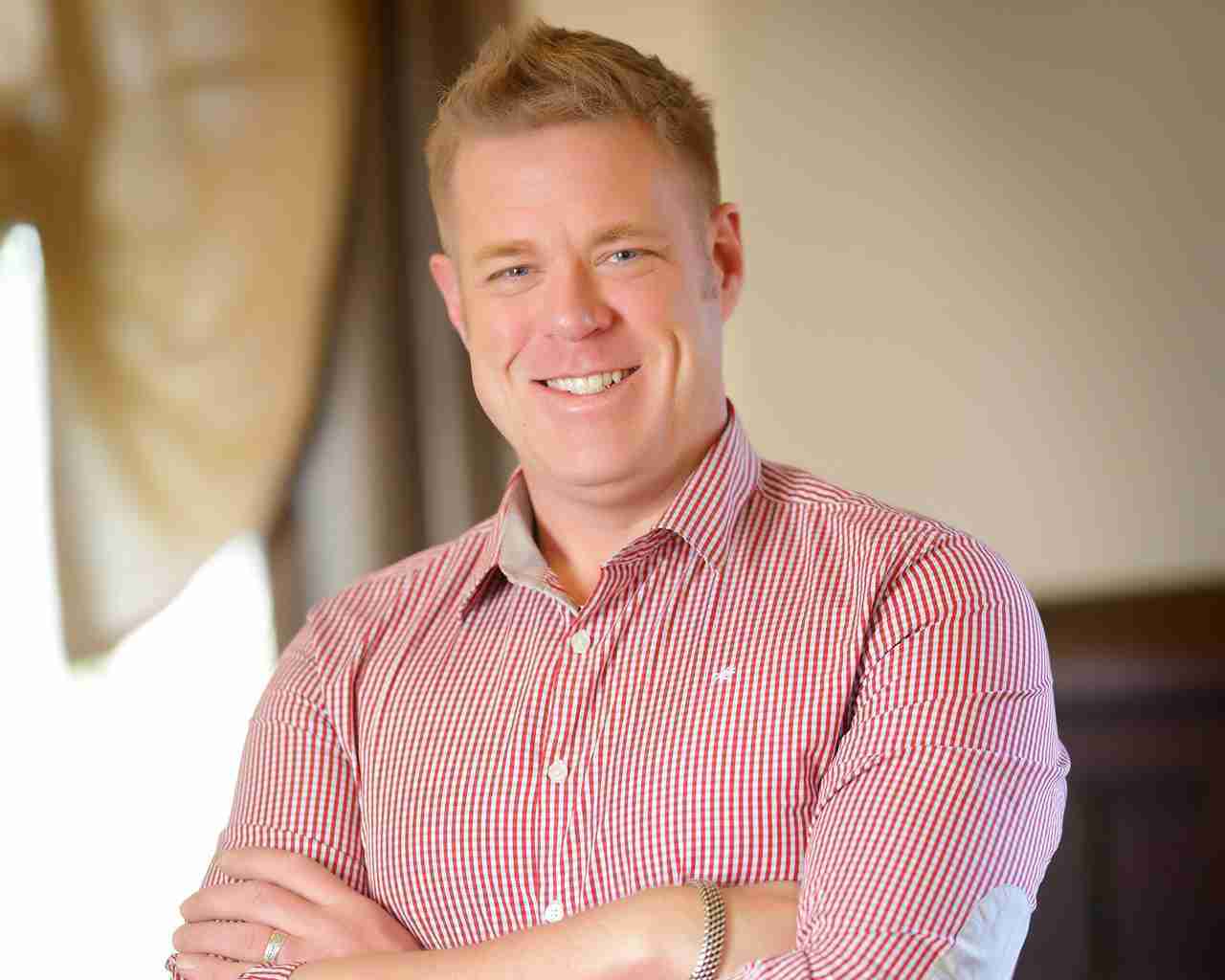 Michael is the glue that keeps the Inn running like a well-oiled machine.  We joke that there is literally nothing Michael can’t do, inside or outside the Inn.  His speciality, however, is cleanliness. Michael has taken cleaning to a whole new level.  And while you might not cross his path during your stay, you will notice his handiwork in your sparkling bathroom, gleaming woodwork, meticulous garden and even the perfectly made beds.  Michael also served in the US Army, owned a hair salon and now runs his own cleaning and auto detailing company.  He is also no stranger to the kitchen, and sometimes steps in to help with breakfast. Every B&B needs a team member like Michael, and we are thankful to have him at the Louisville Bourbon Inn!

About The Bed and Breakfast

While it was originally built in the late 1880’s as a single-family home, the Mansion at 1332 South Fourth Street in Louisville has been a bed and breakfast for more than 35 years. It was originally known as the “Inn at The Park,” because it is adjacent to Louisville’s Central Park. New owners purchased and renovated the Inn in 2001 and kept the name until the City Of Louisville changed its liquor laws to allow a bed and breakfast to serve alcohol. In 2006, it was rebranded as the Louisville Bourbon Inn.

In 2021, Ellen Stauffer purchased the Inn and recruited her son Kenny, a professionally-trained chef, to help launch the next phase of this historic property. Mother and son further renovated the home, keeping the old world charm and adding a level of comfort and modern convenience not typically associated with Victorian decor. You only have to read the 5-star reviews on TripAdvisor and Google Reviews to recognize that guests overwhelmingly approve of the new look for the Mansion and the unsurpassed level of hospitality the new owners provide! 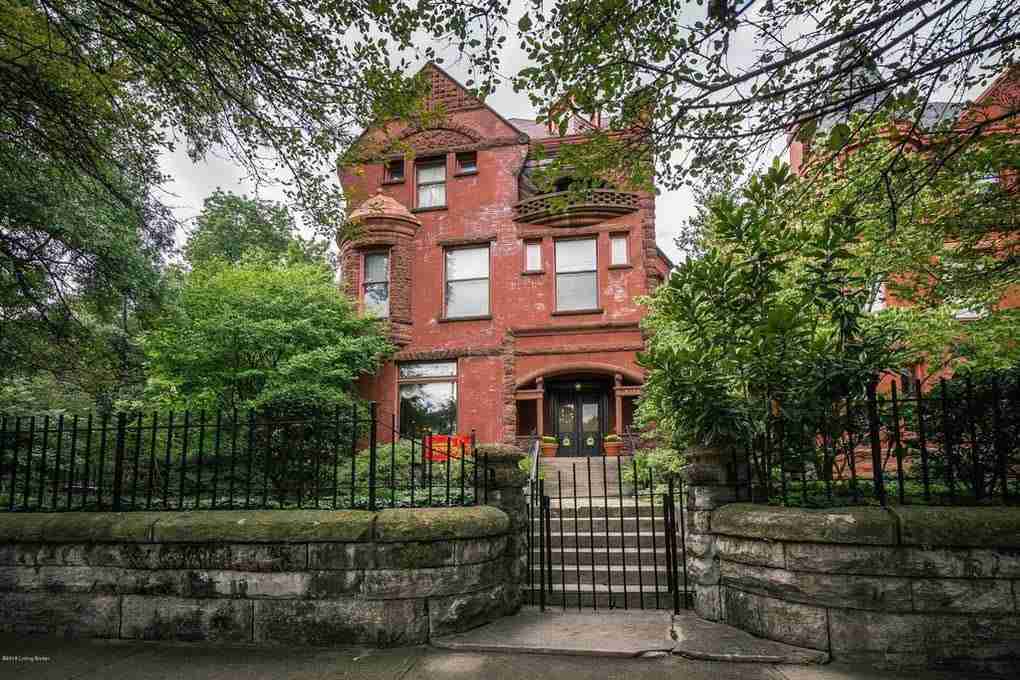 A very well-respected attorney from Tennessee named Russell Houston was one of the first directors of the Louisville & Nashville Railroad. In 1864, he moved to Louisville to serve as the vice-president of the railroad. He became president of the company upon the death of the Honorable James Guthrie. While president, Mr. Houston created a law department for the railroad and took the role of Chief Counsel until his death. Mr. Houston also served on the Tennessee Supreme Court and refused to accept a salary, preferring to donate his time and effort for the good of the state.

In the mid 1880’s, Russell Houston commissioned architect Mason Maury to design a mansion in Louisville for his family, their governess and their servants. The result is the 8,800 square foot Richardsonian Romanesque Revival mansion that today is called the Louisville Bourbon Inn.

Richardsonian Romanesque is an eclectic Romanesque Revival architecture named after architect Henry Hobson Richardson. It is characterized by heavy, rough-faced square stones, rounded towers with cone-shaped roofs, columns and pilasters with spirals and leaf designs, Roman arches over doorways, patterned masonry arches over windows, complex roofing, transom windows arranged in ribbon-like patterns and Gothic or Medieval details such as stained glass. As with the Louisville Bourbon Inn, most Richardsonian Romanesque structures use selected elements of the architecture to create a unique variation of the style.

The Louisville Bourbon Inn is part of the Old Louisville neighborhood, which is among the largest National Historic Preservation Districts in the United States. Old Louisville has the largest contiguous collection of Victorian homes in the country. The Mansion is adjacent to the city’s Frederick Law Olmstead-designed Central Park.

Old Louisville was developed shortly after the end of the Civil War in response to economic and population growth in the city and marked by the ever-increasing wealth of some citizens. A key factor was the installation of a streetcar system connecting the area with the financial and manufacturing centers near the Ohio River.

Fourth Street was an especially exciting place to live during the late 1800’s. Many activities took place in Central Park, including concerts and balloon raisings. From 1883 through 1887,  the great Southern Exposition, a huge industrial fair, was held in Louisville at Central Park. In 1883, Thomas Edison, a one-time Louisville resident, personally supervised the installation of 4,800 incandescent light bulbs to debut his newest invention that illuminated the exposition. This brought over a million people to visit the exhibition and earned Louisville international attention. 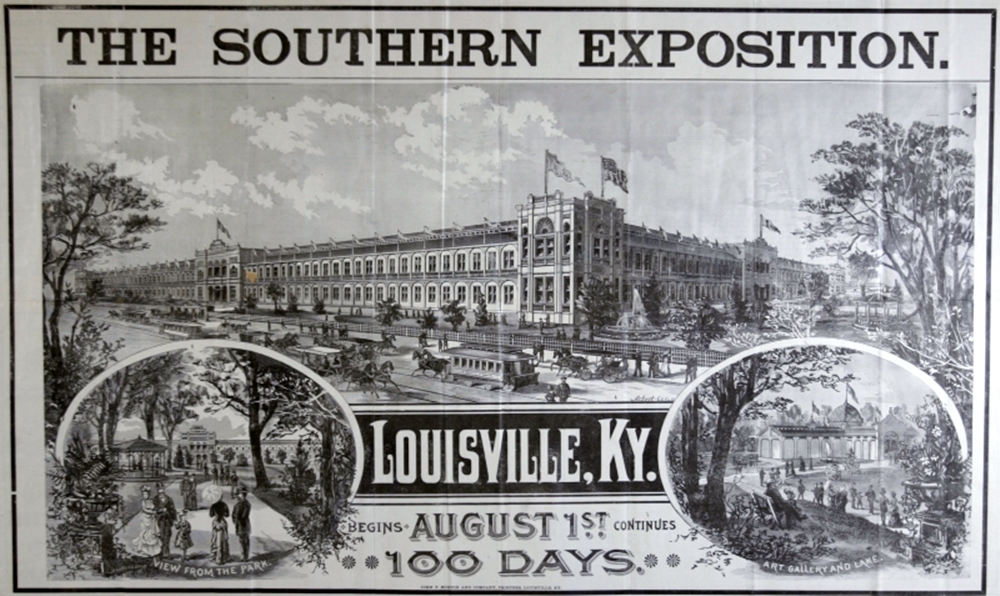 To qualify as bourbon, a spirit:

The production of bourbon began in the 1700s with the first settlers in Kentucky. After a lot of time spent transporting crops to market over narrow trails and steep mountains, the settlers learned that converting the corn and grains to whiskey made them easier to transport. It also prevented the excess grain from rotting and gave them a diversion from life on the frontier. The first whiskey distillery in Kentucky was started by Evan Williams in 1783 in Louisville, securing him the title of the first commercial distiller in the state.

The name bourbon comes from Bourbon County, one of Kentucky’s three original counties, established in 1785. Farmers shipped their whiskey in oak barrels from Bourbon County down the Ohio and Mississippi Rivers to New Orleans. The long trip aged the whiskey, giving the spirit the distinct amber color and flavor. Whiskey from Bourbon County soon gained popularity and became known as Bourbon whiskey.

In 1964, Congress declared Bourbon a distinctive product of the United States, it often being referred to as “America’s Official Native Spirit.”

Six bourbon distilleries in Kentucky make up what is now known as the Kentucky Bourbon Trail. These distilleries include Woodford Reserve, Four Roses, Heaven Hill, Maker’s Mark, Wild Turkey, and Jim Beam. The Bourbon Trail was formed in 1999 by the Kentucky Distillers Association, serving as an educational way for visitors to see the art, science, and rich history behind bourbon production.